Chen Shaoxiong(born in Shantou,Guangdong Province,1962) Lives and works in Guangzhou.He co-founded “Big Tail Elephant” in 1990 with Lin yilin,Liang Juhui. Xu Tan joined later. The aim of this group is to develop critical strategies for negotiating the rapidly changing economic and urban life in South China.

Chen Shaoxiong is one of the celebrated conceptual artists in China. The points in his work are to give the questions how the familiar media from the daily life manipulate our thinking. He uses the daily life for his visual language and subvert these viewpoints by suing of various different media. In his series works about street landscape(started from 1997), Chen Shaoxiong made series of miniature three dimensional streetscapes formed by painstaking cut-outs of items, which the artist had photographed in the streets of Guangzhou. This works puts us in the position to think of the reality of fast urbanization in China and meanwhile to establish the dialogue with globalization.

In the exhibition, Anti-C.S.X, the concepts following his art career are presented and meanwhile he questioned us and put us the new view angle to  look at back the artificial reality where we live in. As Chen Shaoxiong mentioned: art may be the “Safe Mode” in the system of life,when there is problem in life, people will enter the “Safe Mode” to recover systemic installation or to kill virus;when the indubitable things become unimaginable, art is proving the credibility and reliability of those originally unimaginable ideas.

This exhibition will give us the unimaginable scene.

4
bbs, if they are coming…
Painting Installation, 2003 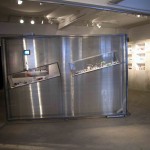 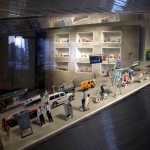 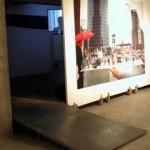 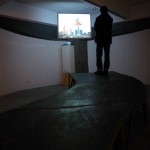 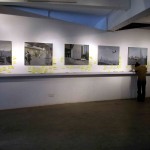 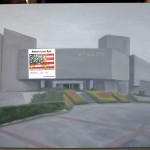 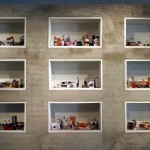 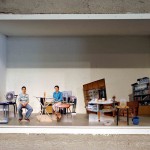