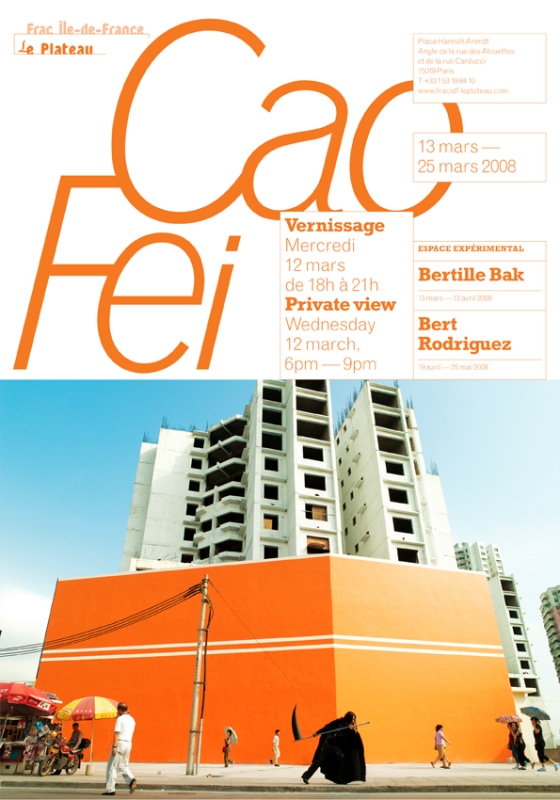 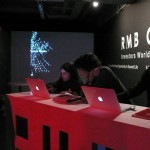 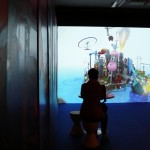 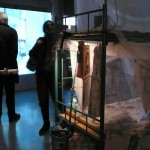 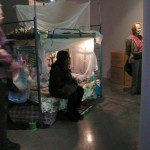 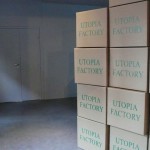 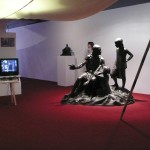 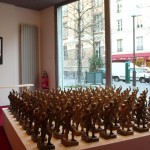 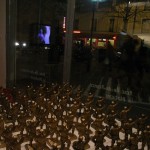 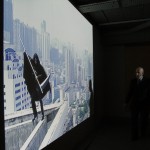 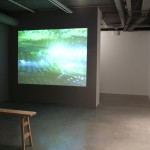 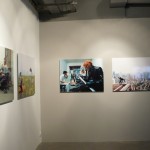 Once Again, We’re On the Road （Extract）

Creation is a journey back to one’s true innermost emotions. It is only with this foundation that we can have the possibility to talk about a work’s social functions and effect on others. From here, we can now truly understand why Deleuze once said, “Books are not for repeated reading, but should be used to do other things.”If we use this line in a work, perhaps articulating it in this manner will not violate the spirit behind the philosopher’s idea:”Works are not meant for repeated viewing, but should be used to do other things.”

Cao Fei’s works are very lovely to look at, but they are not merely meant for looking.Take for instance, RMB City, which is a work to revolve around the viewer, far beyond works that are only meant for looking,  Rather, it  encourages and invites people to participate and interact with it, and through this propose questions about the construction of systems that will broaden the horizon towards greater developments in new directions. As Cao Fei said, “I feel that contemporary art should be more open and inclusive. Because we don’t have a term to describe our own work, for the moment, we are temporarily using the term ‘contemporary art’. But perhaps there could be other names, or even ones which are more free in nature.”
I would like to name it: that which embodies motion, freedom, the spaces between systems.

I  • Mirror depicted the beauty of the wilderness at the end of the world. However, it was not a work about the future, but rather about the present – this very moment in time.The end of the world and the chilly, callous fairy dreamscape.
Should we hold idealised expectations for aesthetics of the future?
If we take the title of one of Lu Chun Sheng’s works:  One of the most stupid attacks against science fiction is that it is unable to forecast the future, then maybe this is not an era during which we can have the aesthetics for fore-knowledge of the future, because we can’t even predict the present. Alternatively, we could say that in reality, the aesthetics of the future is nothing mysterious.
It exists in the blurry, fused fringes between reality and imagination. It will gradually intergrate more with  everyday actions of life. Meanwhile, artists will once again surreptitiously  reside in their various tribes in different corners of the world, raising their voices in their own ways; they will not simply rest in the convenient pigeonholes allocated to them by the art system. The system will not get its way that easily.
Artists will commit themselves more into life. Through their own personal observations and creations, they will link up seemingly unrelated entities, such that ties previously severed in the world can be conjoined again and allowed to be mobile. On this note, perhaps through the opening query in Whose Utopia?, Cao Fei had already burrowed into her past sufficiently for it to lead into her future route: The title acts as both a question as well as a statement. Utopia needs to be constructed by us working together – or to put it another way, some people truly need Utopia. I reckon that I am someone with a Utopia complex. I am not an anti-Utopia activist, although I am not entirely clear about its prospect, it does possess an inexplicable power to push me forward – and I would then move accordingly in that direction.And there’s more – let’s say one day, if necessary, I can just toss out my artist status and go do something that involves more direct action. That is certainly possible.

As I pass that bus stop everyday, I see that blind erhu player , bracing himself against the chilly winds at the street corner. The strains of his instrument  would hover in the air, floating away to a distant land away from the cacophony of this mortal world, and taking with them his deep melancholy and emotions. I think that to a large extent, perhaps Cao Fei’s works are prepared and meant to revolve around these homeless nobodies.
As I look at these ordinary people in her photos and videos, I wonder: is that middle agad man at the corner of the street who was blowing kisses to others still dancing now? Is that dreaming milkman still in his small flat continuing with his dream? Are those dislocated young people now swept away by the currents of today’s society? I suddenly realised that this so-called time has already slipped away; our so-called youth has gradually lost its vibrancy; and life’s journey now seems even more drawn out. I figured that these images will always remain embedded within her consciousness. In this society that is constantly in flux, we should collectively preserve these memories of the future.
As such, I am willing to go on the road too.