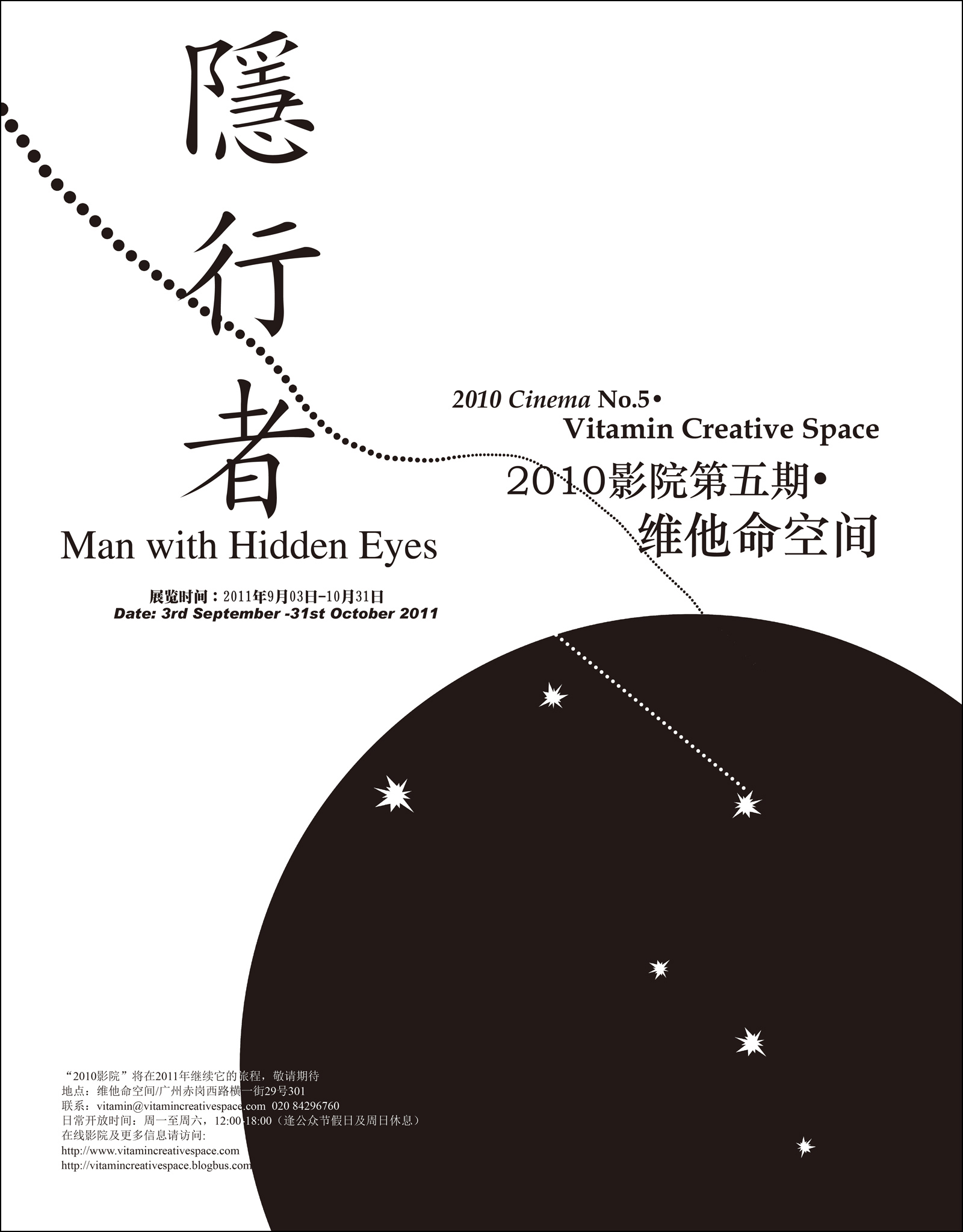 Opening Time: 3:00 pm, 3rd September (Saturday) 2011
There will be dialogue “How do we give sound to the poetry?” between Kang He (Novelist, Director) and Ling Yue (Poet) during the opening time
Exhibition Duration: 3rd September -31st October 2011

Installation
Cao Fei, Apocalypse Tomorrow: Surf in RMB City, Flash game installation, 10 min, 2011
Our avatar, his heart at ease, constantly overcomes the obstacles but never reaches anything resembling a final destination. As in life, throughout constant elevation of the soul through transmigration, RMB City Surf Game guides the player through a journey of self‐cultivation. Maybe we could consider the process of surfing among obstacles as another way to perceive our social surroundings, through which you might find an alternative approach to our media-oriented reality?

Black Box
Kang He, Hello, The Original, Digital film, 91 min, 2011
In the future, maybe filmmakers will “write down” a film, just as the novelist writes down a novel. “Hello, the Original” is a film essay about a father, a town, the past and the future.

Living Room
Zheng Guogu, National Day, Video, 2 hours 52 min, 2007
In Zheng Guogu’s nearly 3-hour long video “National Day”, reality is a jubilant drunken night that seems to be recorded without much polish, where the action of reality passing through film because a “reality theater”; so then, did the essence of life as such transform into performance? Just like Andy Warhol tired, Zheng Guogu filmed an event in the life, which makes the process of video making very unpredictable, it also means the setting of it is no other than life, anyone can be the director, anyone can direct himself and act himself. It doesn’t matter how you act.

Kang He, A Seduced Woman, Video, 67min, 2010
This is a drama about one woman and two man, which adapted from Kang He’s novel ” Sparta – A Life Sample of the South”. This is also a play with a sense of the cinematic. Kang He installed a film track in the live play itself. The polyphony that follows the play’s characters throughout, as well as the live projections that comment on the acting itself, serve to increase the multiplicity of space. The play brings to the fore a question on the actual relationship between video and theater, reality and theater— does the theater ultimately become just another kind of cinematheque?

Pad.ma (Public Access Digital Media Archive), Since 2008
Public Access Digital Media Archive is an online archive of densely text-annotated video material, primarily footage and not finished films. The entire collection is searchable and viewable online, and is free to download for non- commercial use. The PAD.MA project is initiated by a group consisting of 0×2620 from Berlin, the Alternative Law Forum from Bangalore, and three organizations from Mumbai: Majlis, Point of View and Chitrakarkhana/CAMP. Website: http://Pad.ma

Garden
Xiao He& Yan Jun, Electro-acoustic Duo, Sound, 13 min 23 sec, 2010
Through a certain sort of induction, the sounds rehearse each other until they come to a pre-conscious consensus—this is a sound piece that was born from the “sound theater” of “Shush, Dolphin” at the shop, Beijing, in 2010,  a work that allows us to attempt to imagine narration through sound.

Yan Jun& Hu Fang, From The Dharma Bums to Garden of Mirrored Flowers, Video, 30min, 2010
This “performance conversation” had much to do with a re-reading of Jack Kerouak’s “The Dharma Bums”, but that is just a loose thread; it also has to do with Hu Fang’s novel “Garden of Mirrored Flowers”, but that is also not the direct theme being discussed;. This performance conversation is constructed of recitation and music collage, another attempt at “Sounds Theater”. During the course of the performance, they seem to slowly clarify some things, somehow allowing the connection between different things that happened at different times to emerge. 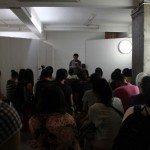 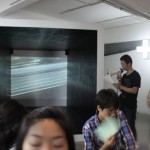 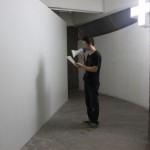 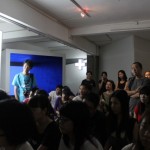 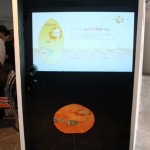 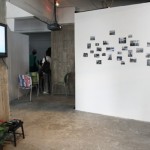 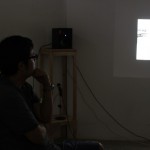 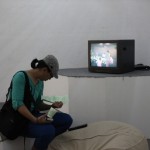 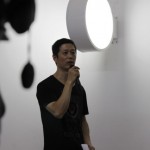 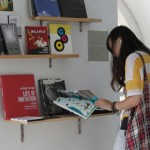 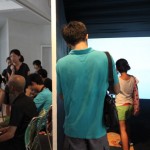 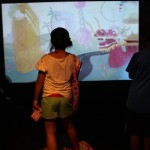 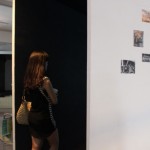 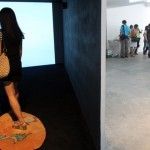